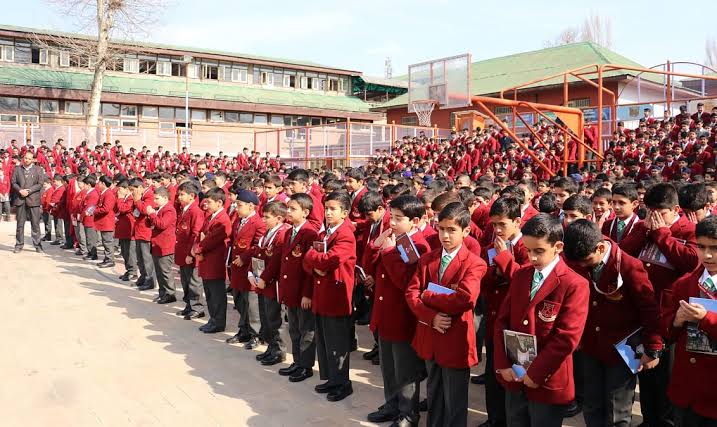 ‘This brings non-uniformity in curriculum taught in schools’

Srinagar, Dec 02 (KNO): In Jammu and Kashmir, many private schools ‘override’ the government prescribed textbooks—thus bringing a non-uniformity in the curriculum being taught in the schools.

The news agency—Kashmir News Observer (KNO) has leant that Joint Secretary, Publication and Procurement for JKBOSE has said, “It has been observed that many private schools do not prescribe the textbooks published by JKBOSE especially for Elementary and Middle classes.”

“Instead these Private Schools prescribe textbooks from some private publishers which are sold to the students at exorbitant rates,” the officer said.

In an official communique, Secretary further said, “The practice of prescribing textbooks from different private publishers by different private schools results in non-uniformity in the curriculum being taught in schools across the Jammu and Kashmir which is a highly undesirable situation.”

The officer further said that in recent past some controversial content was observed in some textbooks of private publishers prescribed by various Private Schools, which has been viewed seriously by the government.

“As such, it is enjoined upon all the private schools to ensure that in the first phase the textbooks published by JKBOSE are implemented and prescribed by all the private schools across Jammu and Kashmir for classes 6th to 8th from the ensuing academic session, failing which necessary action as warranted under rules shall be initiated against the defaulters,” reads the communique.

The officer further said that the board has notified for information of all the stake holders that as per Board Act it is the mandate of JKBOSE to prescribe the courses of instructions, prepare curricula and also prescribe text books for the primary, elementary, secondary and higher secondary schools.

“It is mandatory for all the private and government schools to implement and prescribe the textbooks published by JKBOSE for all the classes,” the officer said—(KNO)